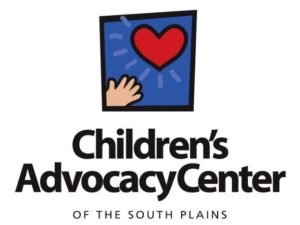 In spring 1996, County Judge Don McBeath called together a group of community leaders and activists to determine what the community could do to meet the unmet needs of child victims of abuse. After a series of labor intensive community meetings, two women emerged as outstanding leaders in this movement: Beverly McBeath and Renee Underwood. Both of these women were members of the Junior League of Lubbock. Beverly was Public Affairs chair and Renee was Finance chair. Their dedication and commitment to the children’s advocacy center concept influenced Junior League member Sandy Ogletree to get involved and the result was that children’s advocacy became an impact area and Children’s Advocacy Center of Lubbock (CAC) became a Signature Agency.

The mission of the Children’s Advocacy Center is to bring together community resources to speed the healing of child victims of abuse and other forms of trauma. Services that are provided at the Center include: videotaped forensic interviews of the children, coordination of medical evaluations, coordination of weekly case reviews and support of partner agencies in their investigations, a resource library for children, parents and professionals, on site mental health component, ongoing victim support and advocacy, court room preparation and rural interviews conducted across the 15 county South Plains area.

Until June of 1998, Children’s Advocacy Center included the “Community Partner’s” initiative as one of its programs. Services provided by Community Partners are: Rainbow Room, an emergency supply closet; The Elf Drive, Christmas for CPS children in Lubbock county foster homes; Life Books, a memory book for children in foster care; and the “adopt a caseworker” program. During a CAC board meeting one of the board members suggested that the two agencies be separated for ease of fundraising and Community Partners became a separate 501c3 organization with its own Junior League contract.

The first executive director was hired in June 1997. In January 1998, a building was purchased at 720 Texas Avenue. The building was purchased with funds provided by CH Foundation, Junior League of Lubbock, and a Community Development Block Grant. Junior League of Lubbock also established a $100,000 endowment fund held at the Lubbock Area Foundation.

Under the Junior League of Lubbock’s Child Protection Services impact area, the Children’s Advocacy Center was awarded grant funds and volunteers. With this funding, the CAC was able to purchase a motor home which is used as a Mobile Operations Unit (MOU). This allows the CAC to take the MOU to the child and videotape the forensic interview with input from the Multidisciplinary Team members. Use of a mobile unit is very creative and innovative, and expands the services to the rural communities surrounding Lubbock including Cochran, Hale, Hockley, Lamb, Terry and Yoakum counties. Children’s Advocacy Center of the South Plains is the only child advocacy center in Texas to use this approach and perhaps the only center in the United States.

The partnership between the Junior League of Lubbock and the Children’s Advocacy Center has made it possible to provide comprehensive child advocacy center services to approximately 10,500 children (1998-2011). Annually, the Center serves between 600-800 child victims and their families.

Click here for more information on Children’s Advocacy Center of the South Plains.